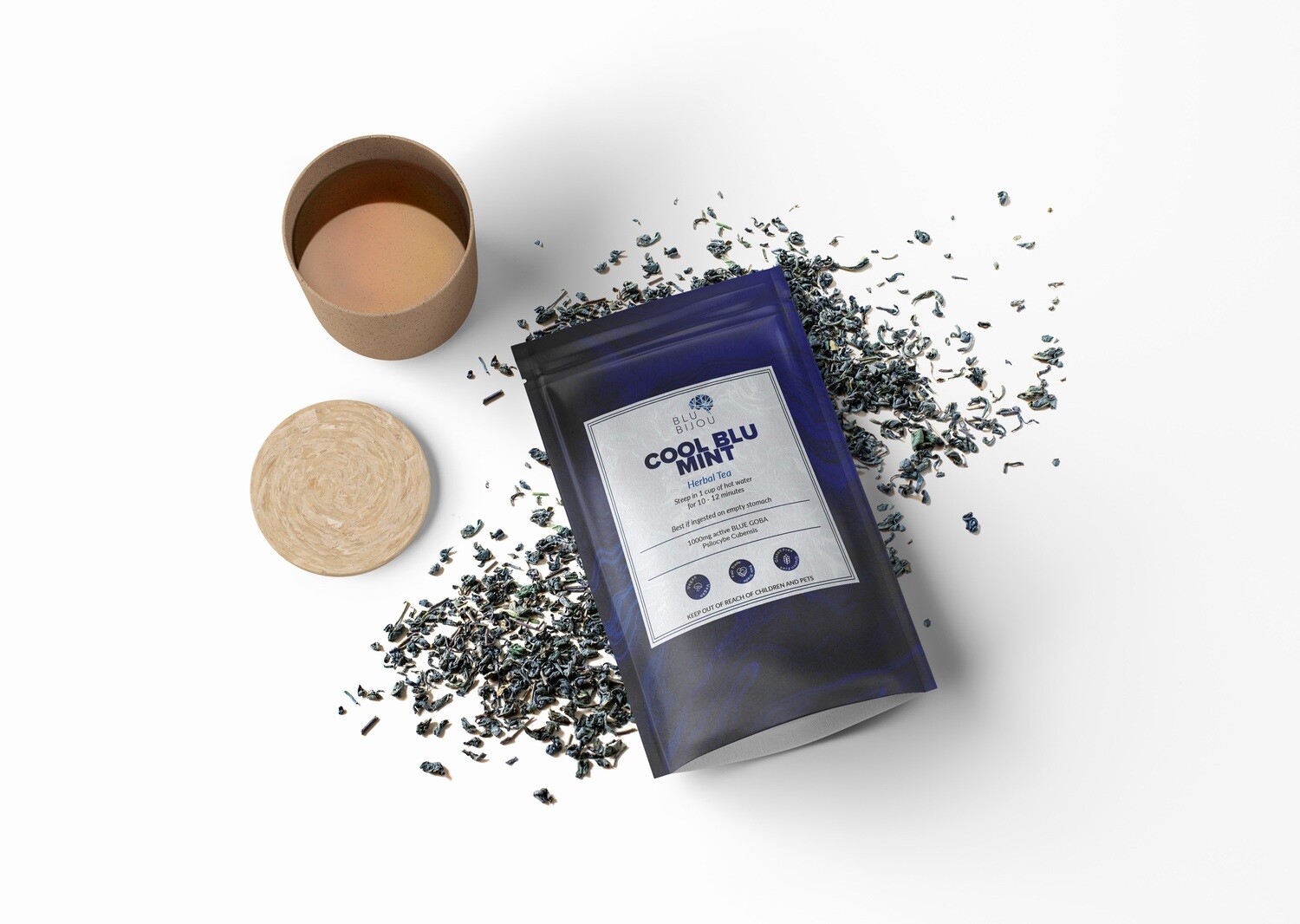 BLU BIJOU is excited to offer this potent and flavourful psychedelic tea! We have combined tea bases sourced from one of Canada’s highest quality tea providers with our legendary Blue Goba mushrooms, to create a true high tea experience.

BLU BIJOU Herbal tea is made exclusively with the Blue Goba Golden Teacher mushrooms. Golden Teacher is one of the oldest, and one of the most well-known magic mushroom strains, and in fact is so well known that the name "Golden Teacher" has become almost ubiquitous with "Magic Mushrooms". It's shining golden-yellow caps, and the wise teachings that often result from its consumption give this strain it's rightful name.

Golden Teacher was first taxonomically classified in the late 1980's. For more than 30 years this magic mushroom variety has been revered by experienced Psychonauts & beginners alike, for its ability to consistently elicit meaningful, insightful, and often transformative experiences, along with the visual stimulation and intense feelings of euphoria/connectedness that are expected from consuming Psilocybin mushrooms.

COOL BLU MINT - Fragrant and uplifting, with strong and fresh minty tones. Mint is good for the digestive system. It is soothing and helps with skin irritations and detoxification.

SUPER BLU LAVENDER - Relaxing and reflective, with floral notes and a slight minty aftertaste. Lavender contains numerous antioxidants and has been shown to reduce anxiety.

Pour 1 cup boiling water over the tea bag and let steep for 15-20 minutes. Serve clear or with honey. Drink tea and wait 20-30 minutes for the magic to begin.