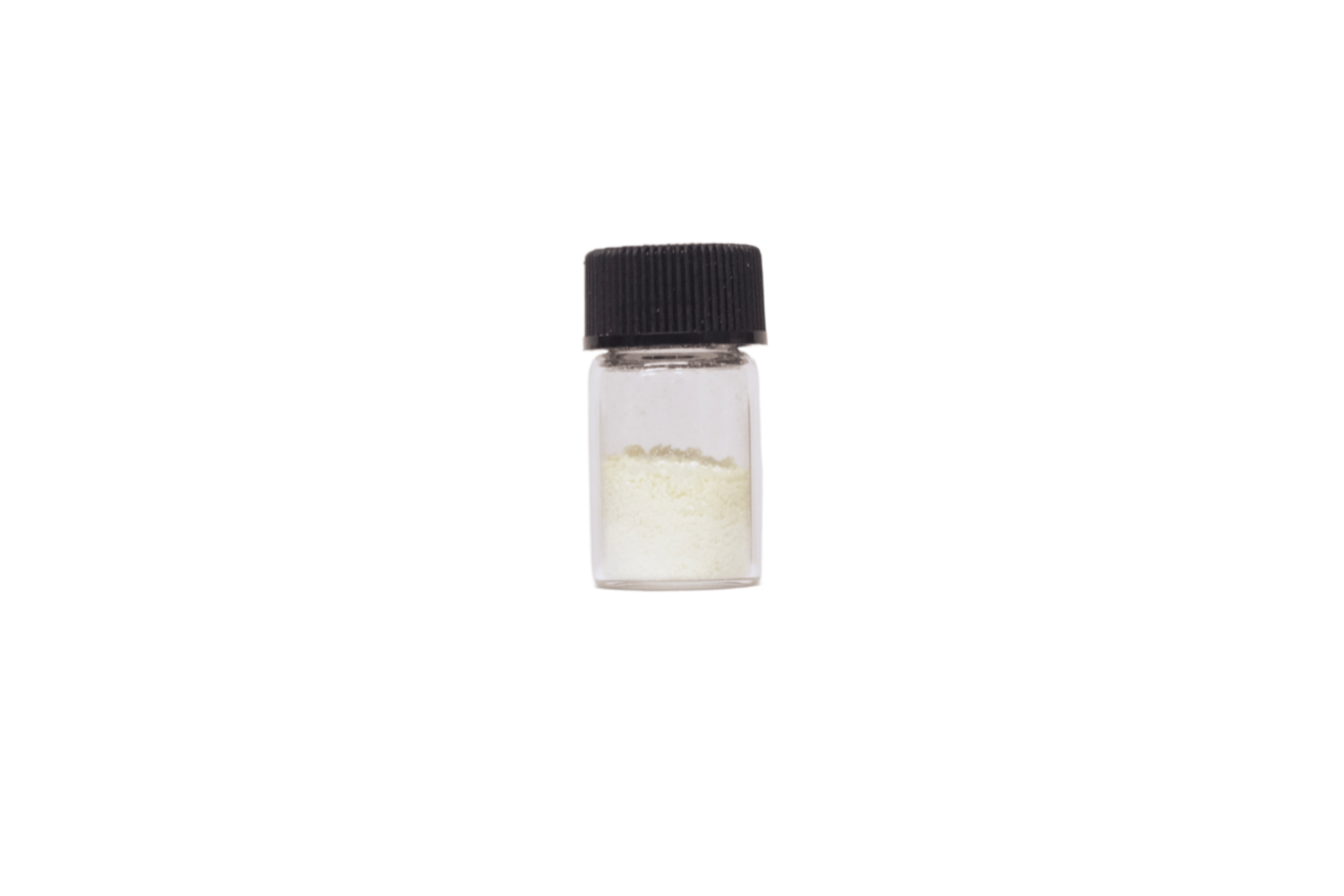 5-MeO-DMT (5-methoxy-N,N-dimethyltryptamine) is a naturally occurring psychedelic alkaloid of the tryptamine family, and a close relative of N, N- DMT. 5-MeO-DMT is commonly referred to as "Toad Venom" or "The Toad" due to the fact that in nature, one of the only places it can be found is the secretions of certain amphibian species (the Sonoran Desert Toad/Colorado River Toad).

5-MeO-DMT has also been colloquially named "the God molecule" because it often elicits full blown mystical or spiritual experiences, wherein the subject alleges a communion with god or a divine consciousness. It has been described as "the most powerful psychedelic on the planet" by many users, and the 5-MeO experience has been reported to be distinctly unique from (and more intense than) the N,N-DMT experience.

While 5-MeO-DMT is the most potent psychedelic on the planet, it's also one of the fastest acting. Smoking or vaporizing 5-MeO-DMT will elicit an experience between 15-20 minutes in duration, however during this experience you may completely forget that time exists at all.

1. Weigh out approximately 10-15mg of freebase 5-MeO DMT powder (about the size of a grain of rice)(we highly recommend purchasing a scale that reads to .001 gram).

2. Place powder in a glass bowl, dabbing apparatus, or pipe

3. Heat exterior of glass and inhale until all powder is combusted.

We also recommend closing your eyes as you exhale.

5-MeO-DMT is a psychedelic alkaloid of the tryptamine class, four to six times more powerful than its better-known relative, N,N-dimethyltryptamine. Interestingly, 5-MeO-DMT actually contains N,N-DMT, and is simply a methoxylated N,N-DMT molecule.

5-MeO-DMT is most commonly found in the milky white venom of the Sonoran Desert Toad (Bufo alvarius/Incilius alvarius), which is native to the southwestern United States and northwestern Mexico. Venom harvesting has put pressure on the population of this ecologically sensitive species, and the species is currently listed as imperiled or locally extinct in several states. 5-MeO-DMT can also be synthetically produced, and out of respect for the endangered Toad species, the 5-MeO-DMT that we offer is synthesized.

5MeoDMT has a long history of ceremonial use among indigenous Amazonians, and the substance has also shown great promise in the treatment of numerous medical conditions. In fact, a single inhalation of the substance has been shown to greatly improve general well-being and mindfulness as well as reduce the symptoms of psychological disorders.

While research into 5-MeO-DMT is limited, a few studies have supported the anecdotal evidence. In a recent preliminary study, 42 participants who took 5-MeO-DMT reported high levels of life satisfaction and mindfulness as well as lower levels of depression and anxiety. These positive effects persisted for up to four weeks (when a follow-up assessment was completed). These results support the findings of a survey of 362 people who had taken 5-MeO-DMT. After using the psychedelic, 80% of respondents reported improvements in anxiety and depression.

5-MeO-DMT has seen a drastic rise in popularity over the past few years as anecdotal reports of its potential as a healing agent have come to light, and as it has been a featured topic in productions including the Joe Rogan Experience, Mike Tyson podcast, and multiple Netflix specials.

Vaporizing or smoking 5-MeO-DMT powder is the most common route of administration. The effects are usually felt within the first 30 seconds after consumption, peaking from 1-15 minutes and lasting for up to half an hour. When taken orally, effects are nonexistent, leading some chemists (most notably Alexander Shulgin) to assume that the act of smoking/vaporizing changes the molecular structure of the compound, making it psychoactive.

Mixing 5MEO DMT into a solution for use with in vaporizer cartridge is a newer form of ingestion with significant benefits over smoking freebase 5MEO DMT powder - namely the ease of consumption. Because the intensity of 5MEO DMT depends on the dose, vaping it can cause hallucinations that are as or more intense than consuming it in more traditional ways, as long as proper dosage is received within a short period of time (this sometimes takes several "pulls" or "hits" on a vaporizer).

Like the other tryptamines, 5-MeO-DMT has the same basic structure as N,N-DMT, but has a methoxy group in the R5 position. It works primarily as a serotonin (5-HT) receptor agonist, with a particular binding affinity to the 5-HT1A receptor subtype. It also binds to 5-HT2A and trace amine receptors, possibly mediating hallucinogenic effects via the latter. Reuptake inhibition of neurotransmitters such as noradrenaline and dopamine are also thought to be involved in 5-MeO-DMT’s function.